Esophageal cancer is the 7th most common cancers worldwide with significant mortality. In 2018, it is reported to be responsible for 1 in every 20 cancer deaths (1). Endoscopic mucosal resection (EMR) and endoscopic submucosal dissection (ESD) are both effective endoscopic resection methods for limited esophageal cancer. Both methods can achieve similar cure rates as surgical resection in specialized centers (2). Although ESD is superior to EMR in terms of en bloc resection rate, R0 en bloc resection rate, and relapse (3), it still has limitations in case of large superficial esophageal squamous cell neoplasms (SESCNs), in which submucosal injection cannot attain satisfactory lifting effects (4,5).

Our systematic review protocol has been registered in the International Prospective Register of Systematic Reviews (PROSPERO, www.crd.york.ac.uk/prospero/, registration number: CRD42019129500).

We searched the databases of PubMed, Cochrane Library, Web of Science, SinoMed, Wanfang, and CNKI from their inception up to February 1, 2019. The following search terms were used: “endoscopic submucosal tunnel dissection” or “ESTD”, “esophageal cancer”, “esophageal lesion”, and “esophageal dysplasia”. Both free terms and MeSH words were included. Citation and references of retrieved studies were also reviewed. Only articles published in English or Chinese were included.

Weighted mean differences (WMDs) were chosen for operation time in this meta-analysis. Odds ratios (ORs) were chosen for measuring dichotomous variables. Statistical heterogeneity was assessed by applying Q2 tests and the Higgins I2 statistics. A value of P<0.10 or I2>50% indicated statistical significance. In case of statistically insignificant heterogeneity, a fixed-effects model was adopted. Otherwise, a random-effects model was applied. For significant heterogeneity, sensitivity analysis or subgroup analysis were performed to seek for source of heterogeneity. A value of P<0.05 was considered significant. All statistical analyses were performed using Stata software 14 (Stata Corp, College Station, TX, USA). Begg’s test was performed for publication bias based on R0 resection rate.

A total of 224 articles were retrieved by literature search (Figure 1), of which only eight articles were finally enrolled after applying the selection criteria, including a total of 625 patients with superficial esophageal cancer. Every study scored 6 or higher in the NOS. The baseline characteristics and quality assessment of the studies are shown in Table 1 (9-16). 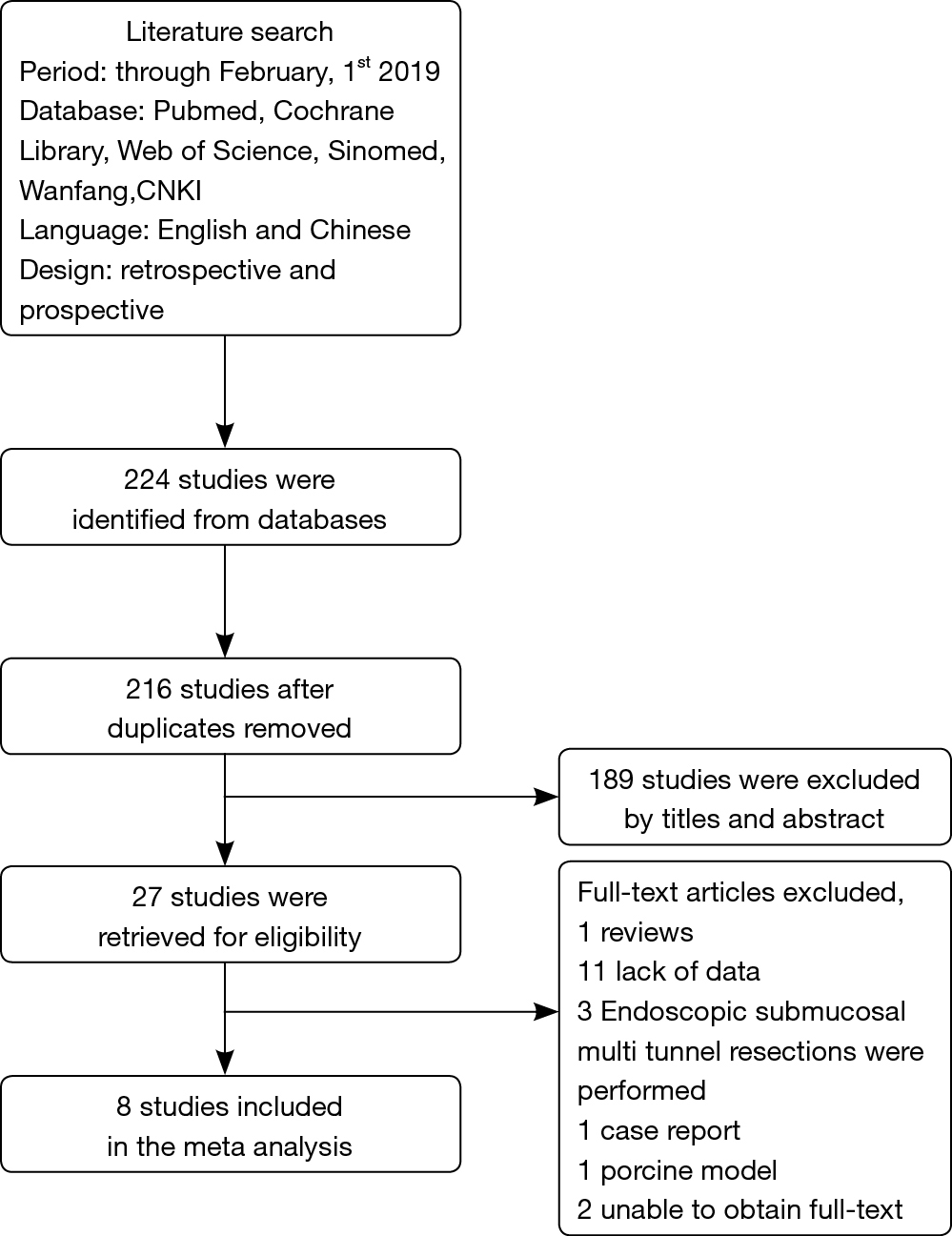 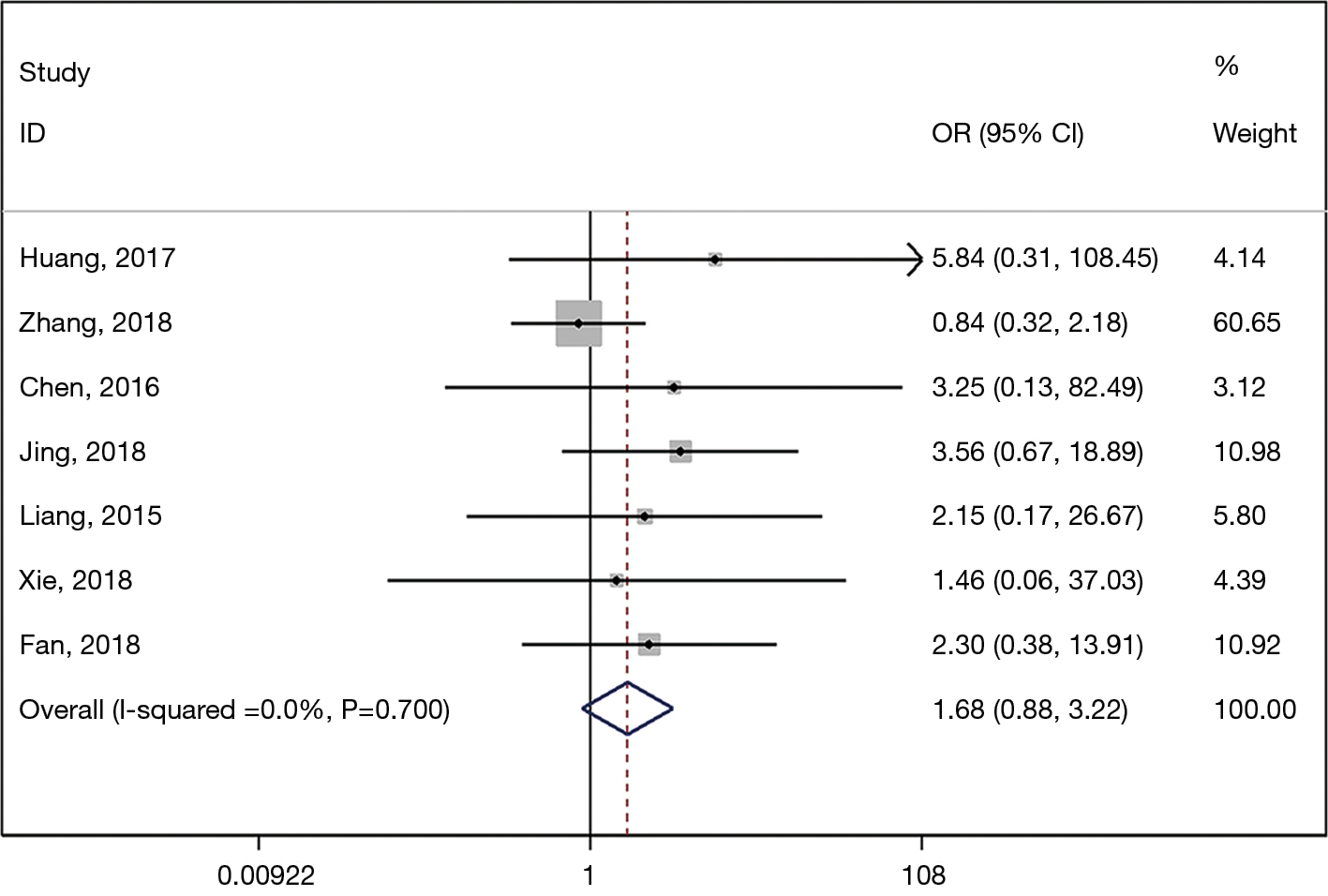 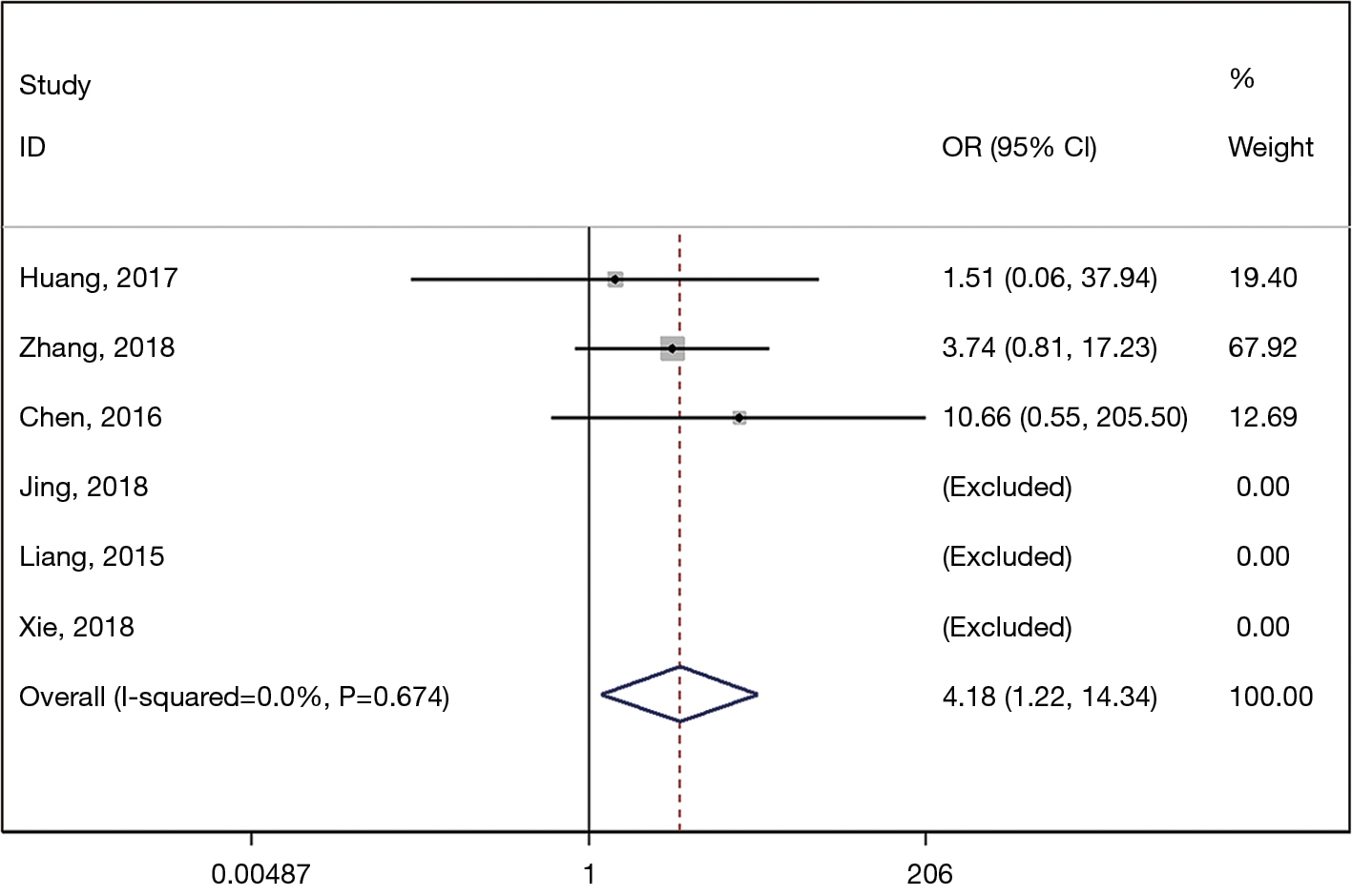 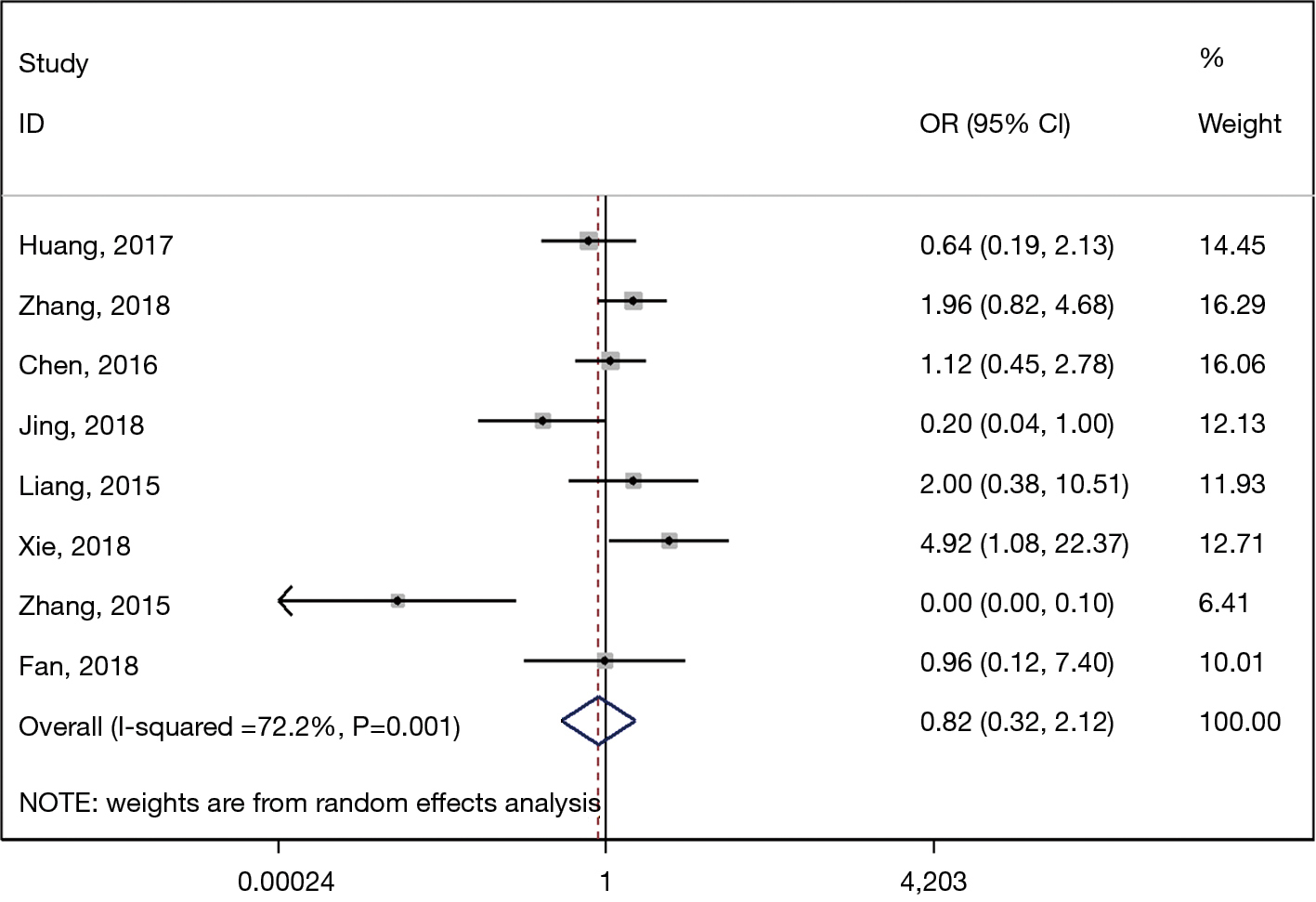 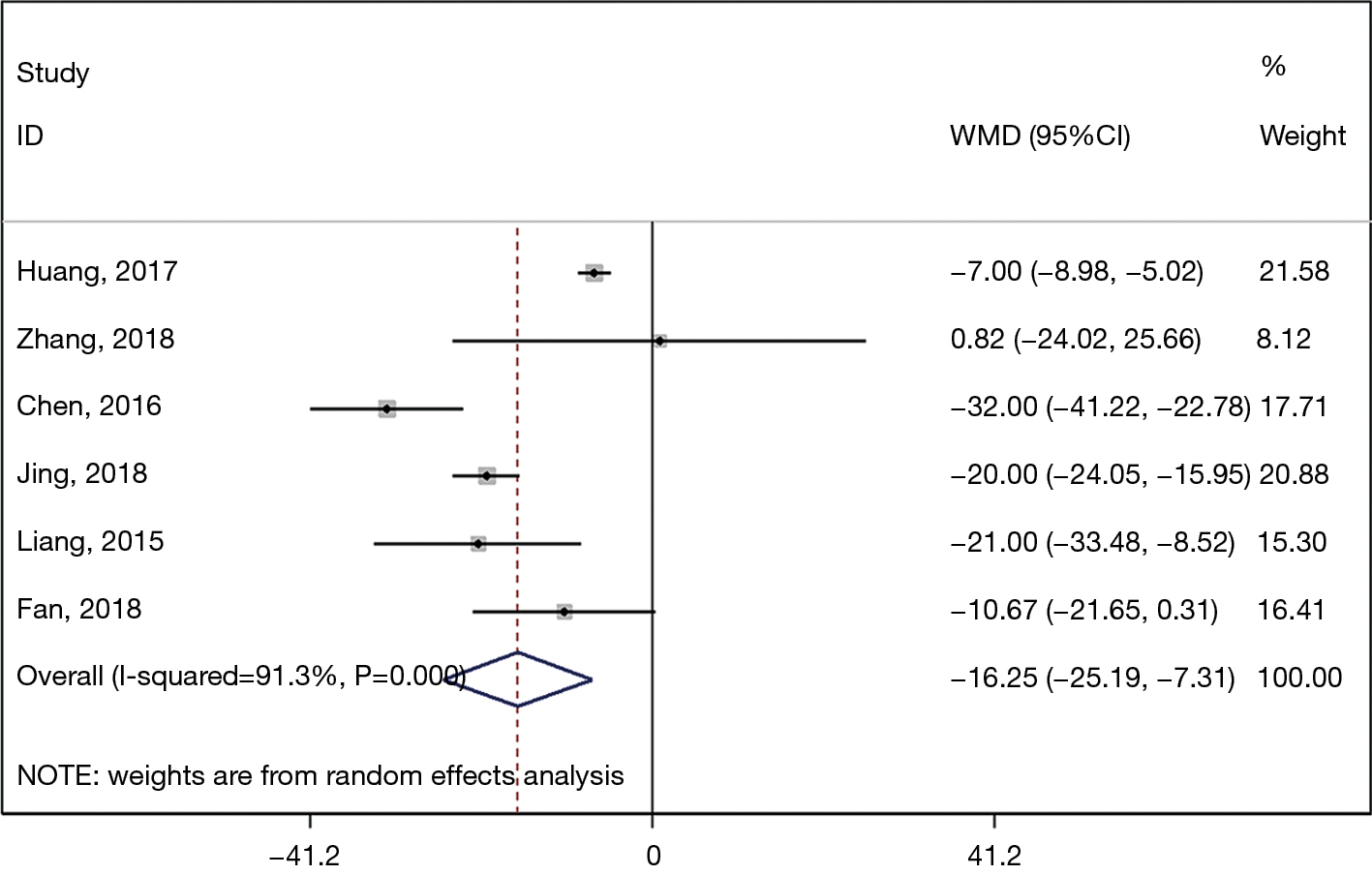 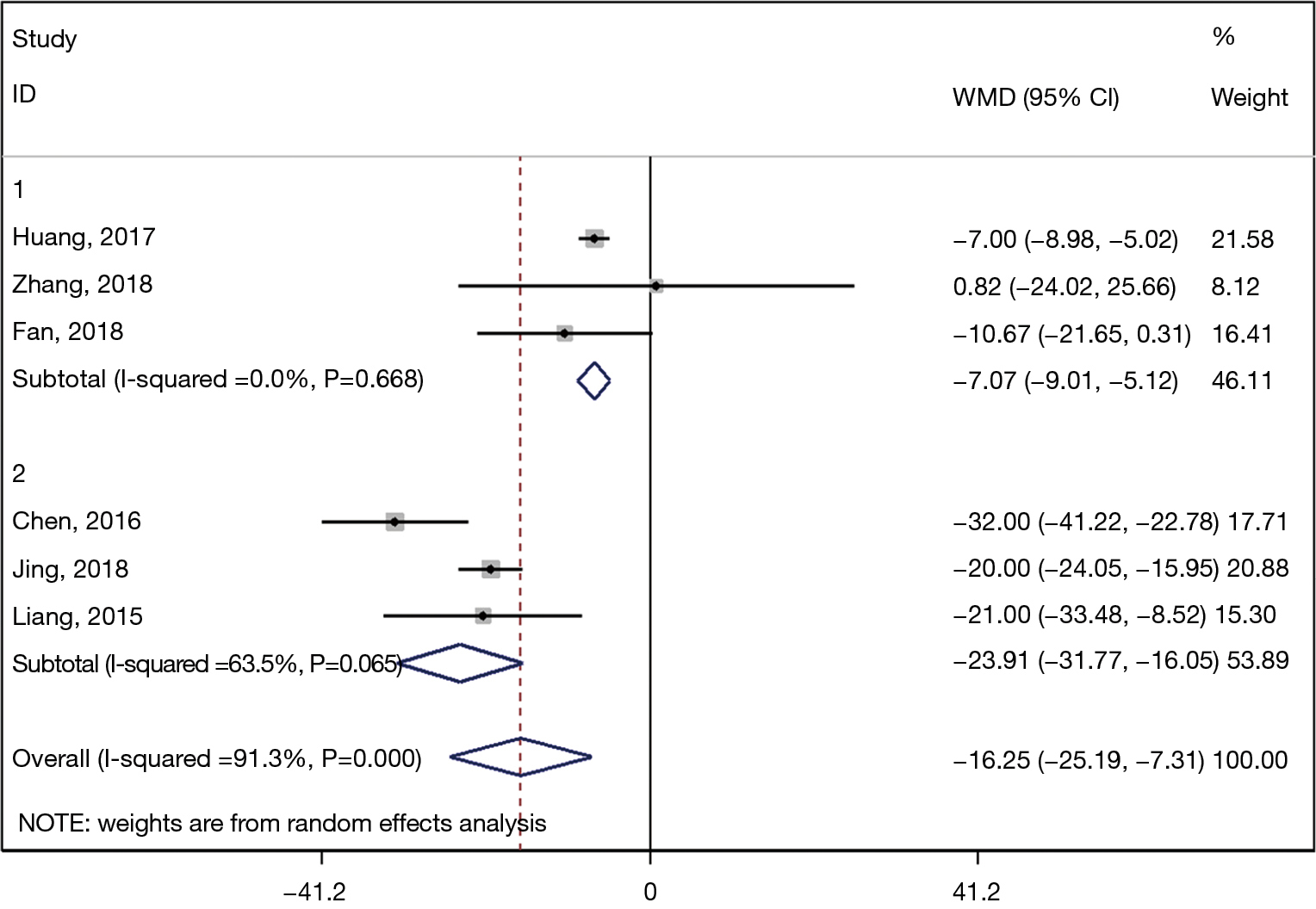 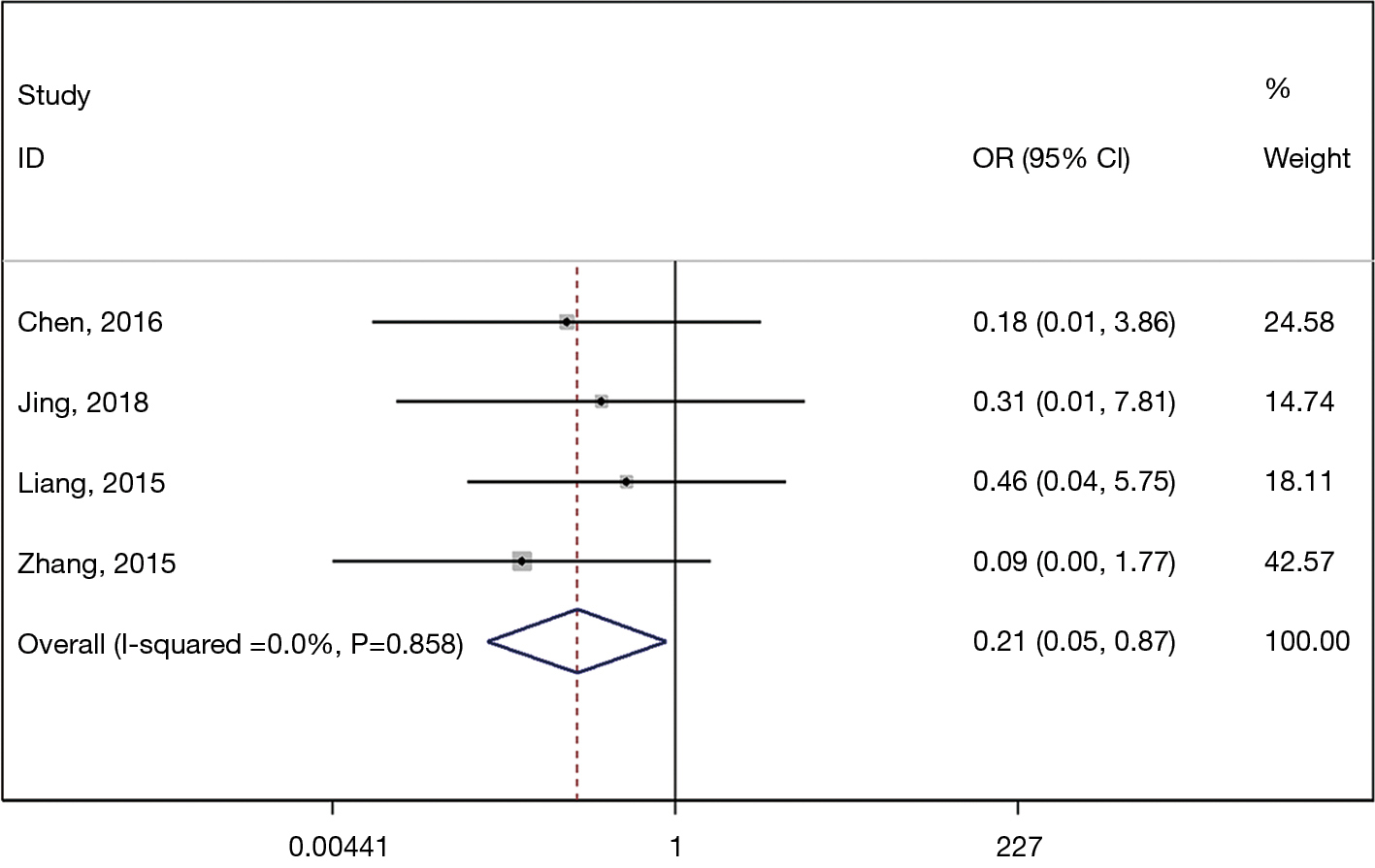 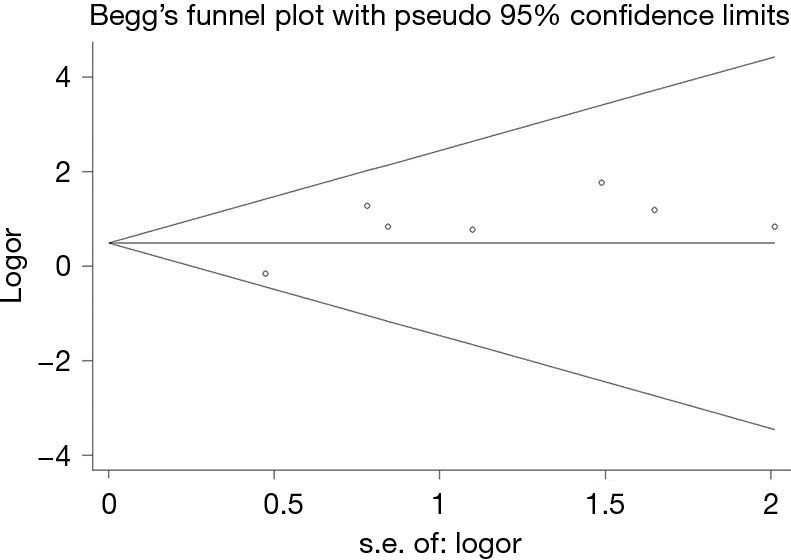 To our knowledge, this is the first meta-analysis comparing ESTD and ESD in treating superficial esophageal cancers, demonstrating the efficacy and safety of ESTD and revealing ESTD as a potentially superior treatment to ESD.

R0 resection, defined as lateral and vertical margins free of carcinoma (18), is a vital parameter closely related to further treatment and recurrence. It should always be considered an important judgment standard when evaluated a new treatment. In our study, The R0 resection rate of ESTD group is comparable with ESD group. En bloc resection is always one of the principles in tumor surgery, and a high en bloc resection rate is one of the reasons why ESD takes the place of EMR and become the primary treatment of early esophageal cancers (19).

Postoperative adverse events may prolong the hospital stay and increase the financial burden of patients and most importantly lower their quality of life. In our study, postoperative adverse events rate was comparable between ESTD group and ESD group. This result is in accordance with former studies about complications (4,8,9,20-22). The ESTD group enjoyed significantly shorter operation time. Arantes et al. believe that standardized ESTD has made esophageal ESD straightforward and less difficult, especially for Western endoscopists (23).

This meta-analysis has several limitations. First, only eight studies were included in the analysis, and all of them were conducted in China. Considering the difference in diagnosis standard, incidence, and treatment guideline, large-scale randomized controlled trials or high-quality comparative studies are required for more reliable and universal data. Second, there was significant clinical heterogeneity in the comparison of operation time and postoperative adverse event rate. The heterogeneity of operation time may be caused by the retrospective nature of several included studies since the I2 decreased significantly after subgroup analysis of retrospective and prospective studies. Various factors including different procedures, equipment, and proficiency levels of physicians can lead to heterogeneity in the rates of postoperative adverse events.

I would like to give my sincere gratitude to Dr. Chunxiang Jiang for her support on statistics.

Funding: The study is supported by the Key Research Project of Hunan Province (2018SK21311).