The majority of pancreatic tumours are primary. Pancreatic metastases are rare (3,8% of pancreatic lesions) (1), and are more commonly reported in patients with renal cell carcinoma. Metastases of ovarian cancer to the pancreas are very rare but have been reported in the literature (2).

We report a very unusual case of a metachronous pancreatic metastasis from an ovarian cancer occurred 8 years after the first diagnosis.

We describe a 70 year-old Caucasian female with a prior history (8 years previously) of bilateral hysteroannesiectomy because of ovarian and uterine serous papillary adenocarcinoma poorly differentiated G3 (pT1c, N0), that presented with jaundice. 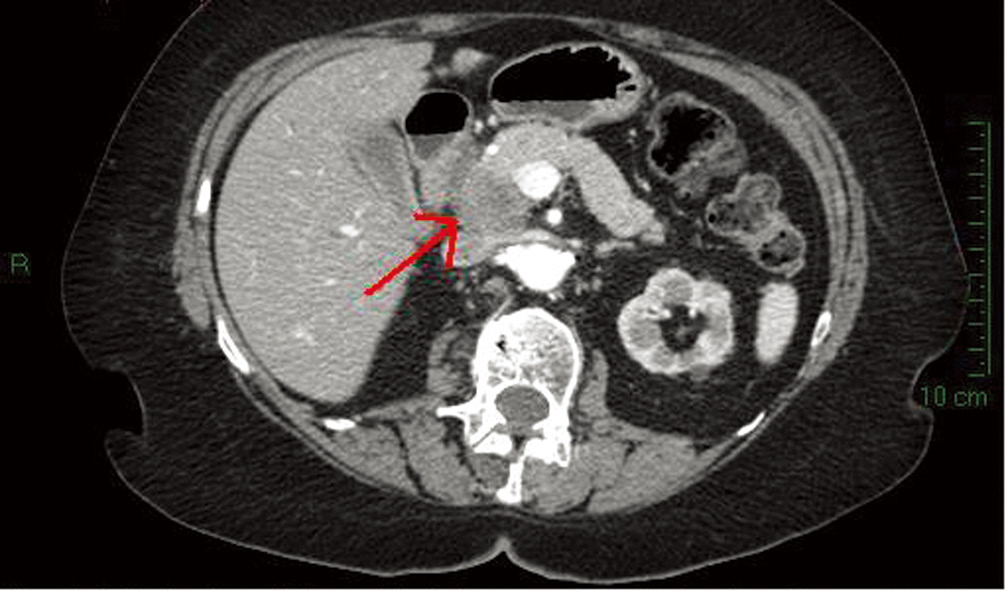 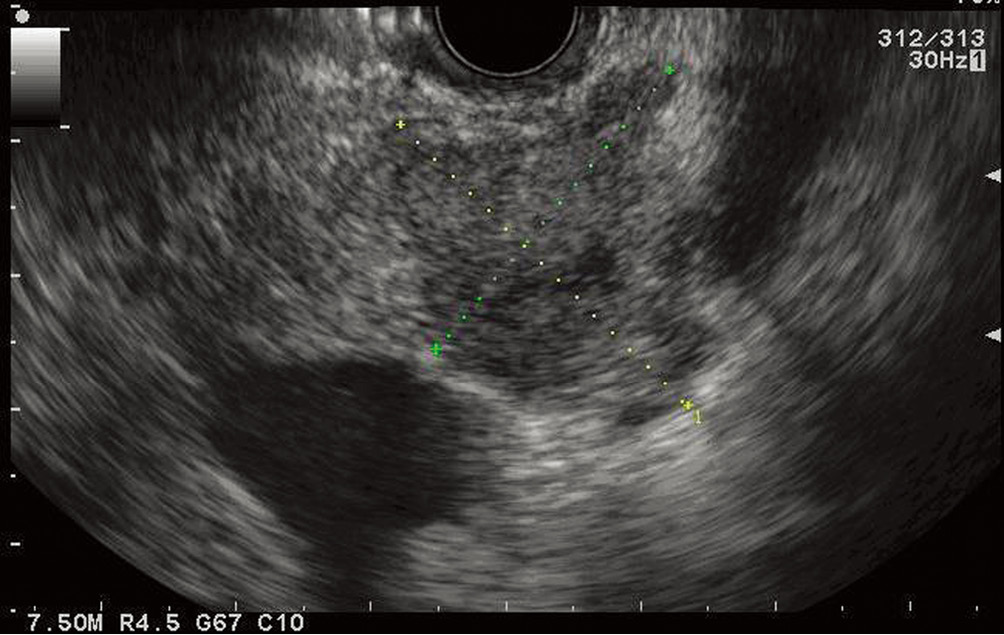 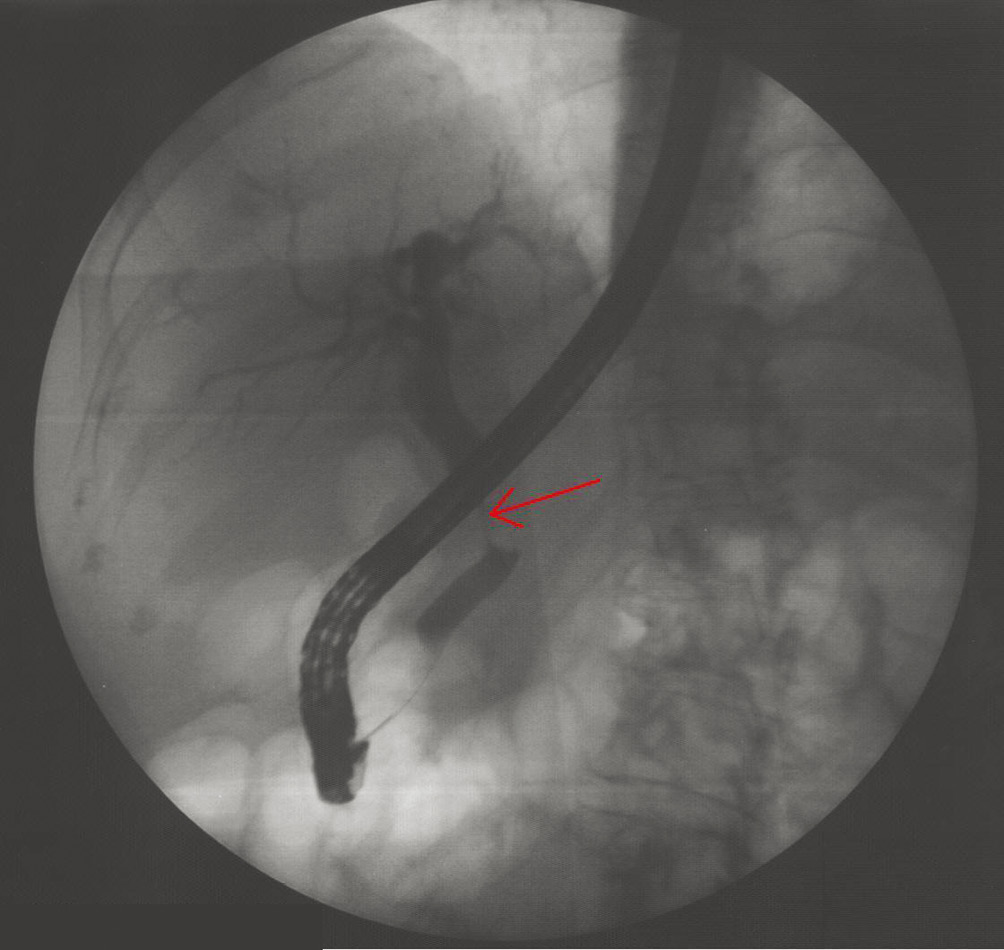 The patient is currently receiving repeat chemotherapy with carboplatin and taxol and is now in stable conditions.

Tumours metastasizing to the pancreas are unusual and published series are limited by few patients (3). Pancreatic metastases are quite rare, usually found incidentally, and are more commonly reported in patients with renal cell carcinoma, melanoma, lung, colon or breast cancer (4). Due to the low incidence of pancreatic metastasis, most masses of the pancreas are assumed to be primary pancreatic neoplasms (5).

Tissue diagnosis is imperative because imaging alone is incapable of differentiating metastases from primary pancreatic tumours. EUS-FNA allows cytodiagnosis and can have a decisive influence on the selection of appropriate therapeutic strategies (6).

Therefore, a tissue biopsy should be always required particularly in patients with past medical history of neoplasia, to truly differentiate between primary and secondary tumours in order to avoid misdiagnosis and delay in possible treatment.

The patient presented with jaundice and imagine techniques revealed a pancreatic head lesion infiltrating the portal vein, initially assumed to be a primary pancreatic tumour.

Because of the previous history of ovarian neoplasia, EUS-FNA of the pancreatic lesion was performed and positive immunohistochemestry with anti CA-125 revealed the presence of a pancreatic metastasis from ovarian cancer and specific chemotherapy with carboplatin and taxol was therefore started.

In conclusion, although rare, pancreatic metastasis is an important cause of focal pancreatic lesions.

Tissue biopsy should be always obtained in order to differentiate primary from secondary pancreatic tumours and to rapidly direct a patient’s appropriate therapy, both in terms of chemotherapy and surgery.